The comet Chiron goes Direct at 27 degrees of Pisces today, December 9, after having been Retrograde since July 4, 2018. This Retrograde period added to the tremendous pain and stress incurred by many while Mars was Retrograde in the summer, followed by Venus and then Mercury, which just recently went Direct in Scorpio.

In Greek mythology, Chiron was the most wise and beloved centaur, skilled in medicine and the arts. As legend has it, during a visit one day, one of the poisoned arrows of Hercules fell upon his lap, inflicting an agonizing wound in his thigh. This was a wound he was unable to heal, and the pain was so intense he wanted to die but as an immortal he was also unable to. Zeus had sympathy for him and turned him into a constellation to be honored as Centaurus. 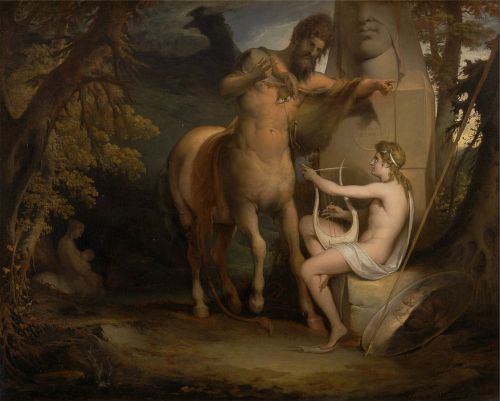 Chiron and Achilles by James Barry 1772