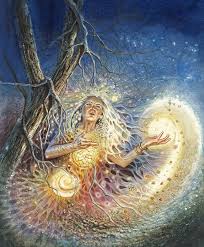 There is a shell.  A shell of what used to be a way of living. That shell has now cracked.  Like the shell of a hardboiled egg it is broken and falling away.  Not just for us as individuals but as a planet and in fact universally.  What may not be seen and apparent to the vast majority of humanity will now become clearly visible in the next few weeks and months. Read more